Or Miradores in Jávea and Moraira

Jávea's coast has 15 very well signposted viewpoints with information boards in Spanish and English. These include:

The cape extends 160 m out of the sea and is located in Jávea's district Les Planes. It forms the end of the extension of the Montgó, the mountain dominating the area in the west of the cape. The northern flank of the Cape is very steep and rugged and is called La Tramontana (behind the mountain). The southern flank is a little flatter and, especially towards the port, is covered with beautiful villas. At the top there is a 17 meter high lighthouse. A must for anyone who wants to see Jávea, its harbour and the whole bay from above. 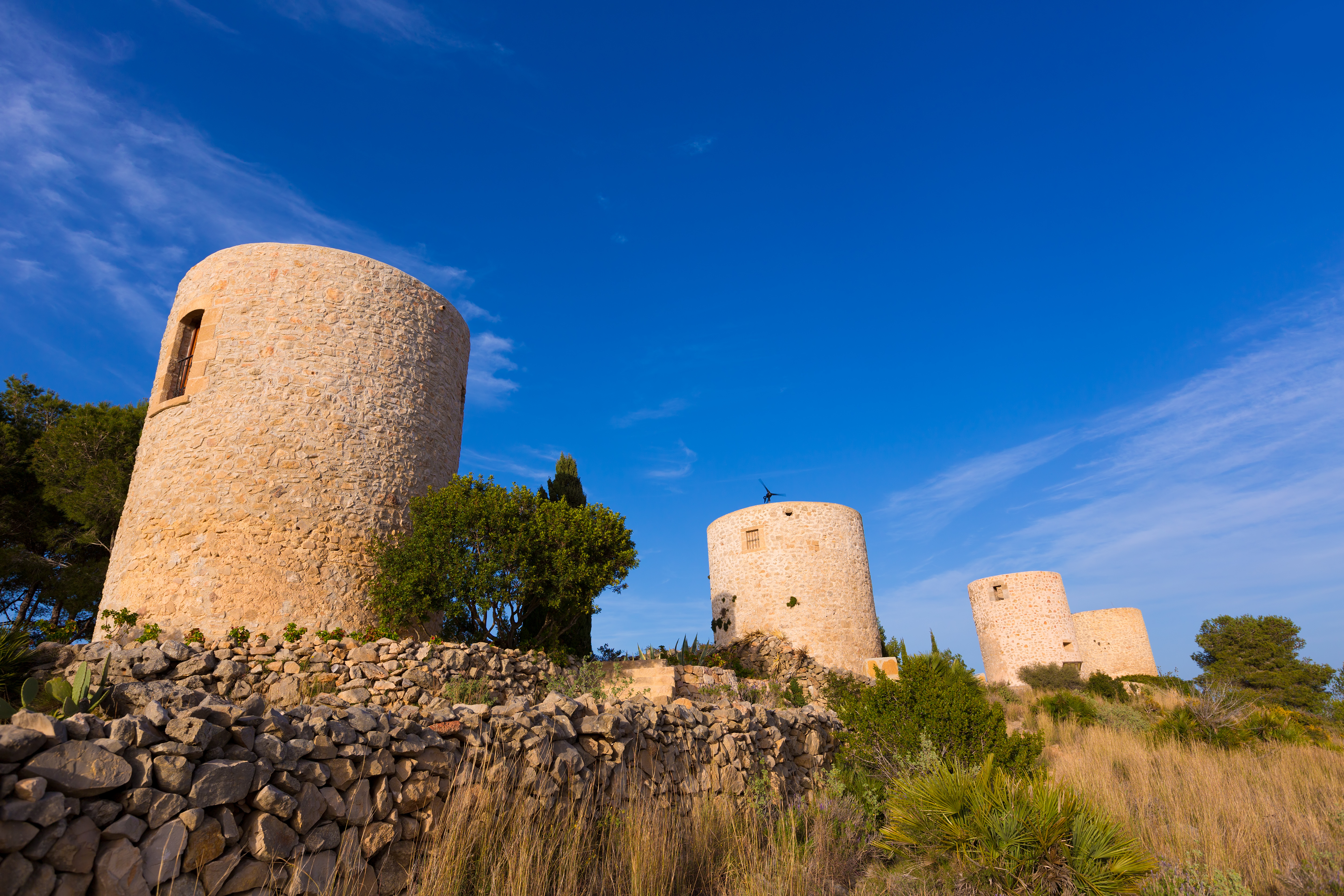 You can reach the windmills by turning off at the Monastery of Nuestra Señora de los Angeles on the Montgó. The old windmills, eleven in all, are cylindrical and date from the 14th to the 18th centuries, and are about seven metres high and over six metres wide. Also from here one has a spectacular view of Jávea.

The cross of Portichol is located on a hill between Cap Prim and Cap Negre opposite the island Isla de Portichol. The island's steeply sloping rocks are a popular diving area.

From the cross, walk north along the coast to Cap de Marti and admire the view over the whole bay of Jávea and the Montgó. The path to the top of the cliff can be reached in about 30 minutes with good footwear and always offers an impressive view of the sea and the cliffs. The sea is so crystal clear that you can see every stone from above.

From the cross to the south you can also walk along a beautiful hiking path, protected from the sun by the pleasant smelling pine forest and reach the bay Cala Barraca or Cala Portitxol in about 20 minutes and reward yourself with a delicious drink in one of the beach bars.

Another viewpoint at the end of the Balcon al Mar residential area, also very popular with visitors who love breathtaking views. 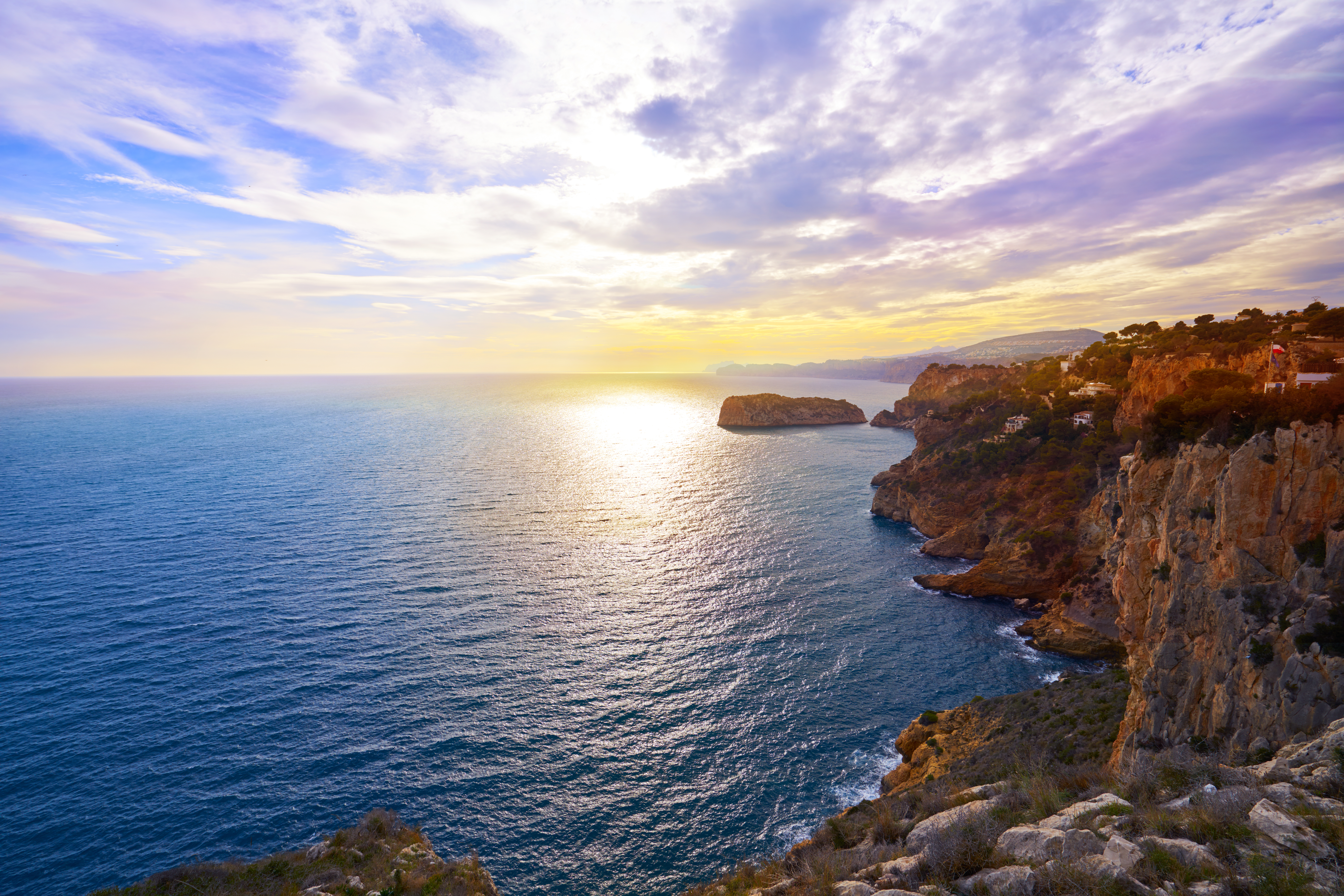 The Cap de la Nau is the easternmost point of the region and is the closest point to the Balearic island of Ibiza on the Spanish mainland.

With appropriate weather conditions, the island, which is about 85 km away, can be seen from here.

The Cap, which was for centuries an important landmark for navigation, was given a lighthouse of 20 m height in 1914 at a height of 102 m above the sea, whose top is thus 122 m above the sea.

Beside normal rocky vegetation, there are Aleppo pines, wild olive trees and palms. The sharp coastal wind makes the trees grow crooked and only stunted. The beauty and ecological value of the area has prompted the authorities to place it under special protection.

At the foot of the rock is the Cova dels Orguens, a large navigable cave with small boats, where you can also anchor.


Moraira also has numerous viewpoints over a distance of approximately 5 km:

Hike from the beach "El Portet" to the "Cap Blanc" and enjoy many beautiful viewpoints overlooking the Mediterranean Sea and the coast. The route takes you through the picturesque town of Moraira, where you will find many opportunities to rest in one of the many restaurants. 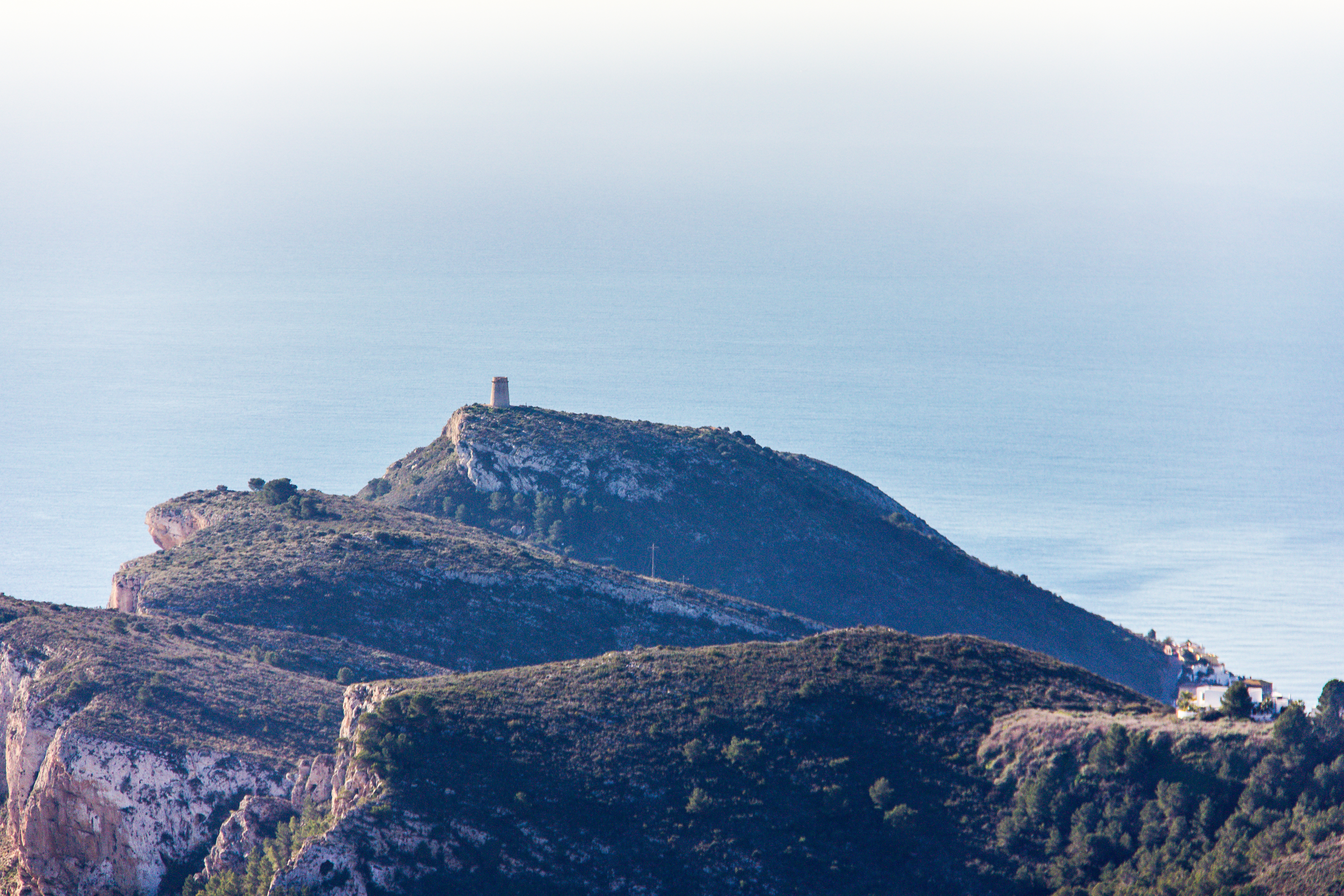 The best view of the bay of Moraira is from the beach of "El Portet", following the signs to the old watchtower "Torre Vigia Cap dOr". With a fantastic view of the "Peñón de lIfach" and on clear days even on Ibiza you will be compensated for the strenuous climb.

Costa Blanca
Book your next flight now
... and convince yourself of the diversity of the Costa Blanca
Airport